Being a single mother was, up until a few years ago, an issue. Nowadays, being a single mother has become a personal choice that does not imply being lonely: the new singles who come to our consultation count with broad friend and family support, which is essential for the development of maternity as a personal project. 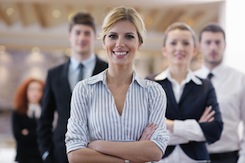 Why is the number of single women who wish to become mothers increasing?

In Spain, one in every five reproduction treatments is performed on single women. According to ANACER, the Spanish Association of Reproduction Clinics, this choice has increased by a 40% due to:

What is the single mother’s profile?

According to M. Brichete’s study published in Psychological Intervention in Assisted Reproduction manual, their general traits are the following: