At Institut Marquès we have our own Premium Sperm Bank and it is always the doctor who personally chooses the best donor for each patient.

What principles rule sperm and egg donation in Spain?

Law 14/2006 on Assisted Reproduction Techniques defines gamete and embryo donation as a free, formal, and confidential contract between the donor and the centre, that must be ratified formally on paper, after having informed the donors about the purpose and consequences of their action. 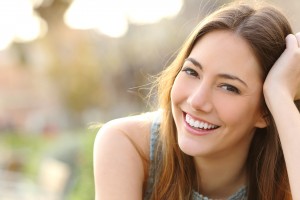 By law, donors must be in full possession of their abilities and count with good phsyco-physical health.

Gamete donation is done in accordance with the basic principles of anonymity and altruism. Henceforth, the patient cannot choose nor propose her own donors as the anonymity principle would be broken. Only in female couples undergoing the Shared Motherhood technique can one receive the eggs of the other.

How do we select sperm donors?

The sperm donor is selected by the medical team according to his blood group, RH, and physical traits (eye, hair, and skin color, etc…). The donor is assigned by the gynaecologist, who has access to his photos, his educational background and hobbies, as well as the results of his previous donations.

Donors undergo a full medical check-up and blood tests including the study of their karyotype, tests to rule out infectious diseases and specific tests to discard the most common mutations in European population causing cystic fibrosis. Every six months, they must take a blood test to detect sexually transmitted diseases, a clinic family history to discard possible genetic illnesses, and tests to detect chromosomal abnormalities in the ejaculated sample (sperm FISH) and to detect the 50 most common cystic fibrosis mutations.

IM offers donors of all phenotypes.

How do we select egg donors?

As with sperm donors, egg donor selection is based on their blood group, Rh, and physical traits, seeking for a resemblance between the donor and recipient couple. Institut Marquès counts with donors of all phenotypes. They are young and healthy women who wish to help other women become mothers. They undergo medical and gynecological check-ups, take a complete blood test including psychological tests, study of the karyotype, tests to discard infectious diseases, and specific tests to discard the most frequent mutations within the European population causing cystic fibrosis.