Looking at the smartphone improves the pregnancy rates

Embryomobile is an innovative application developed by Institut Marquès that allows patients to watch in real time, 24 hours a day, the development of their own embryos in the incubator, Embryoscope, using their smartphones. The follow-up can take place from home or from anywhere else in the same way as the embryologists do, from the moment of fertilisation until the transfer to the mother’s uterus, which happens five days later.

A scientific study carried out by Institut Marquès and presented in various European congresses, among them the Italian Society for Fertility, Sterility and Reproduction Medicine (SIFES) and the French Reproduction Society (SFR) has proved that patients who monitor their embryos through Embryomobile in real time with their smartphones can increase up to an 11% their pregnancy rates. Furthermore, these rates increase in a direct proportional way to the times that patients connect to be with them.

The research, awarded as the third best study, putting in value the work of Institut Marquès’ medical team, was carried out with 936 participants, who were distributed in 5 groups, according to the total number of visualizations (from 0 to over 30). It was observed, that as the amount of times that they watched their embryos increased, the pregnancy rate increased as well: they reached a 72.3% in those patients that exceeded 30 visualizations versus 61% among those who did not monitor their embryos at all. 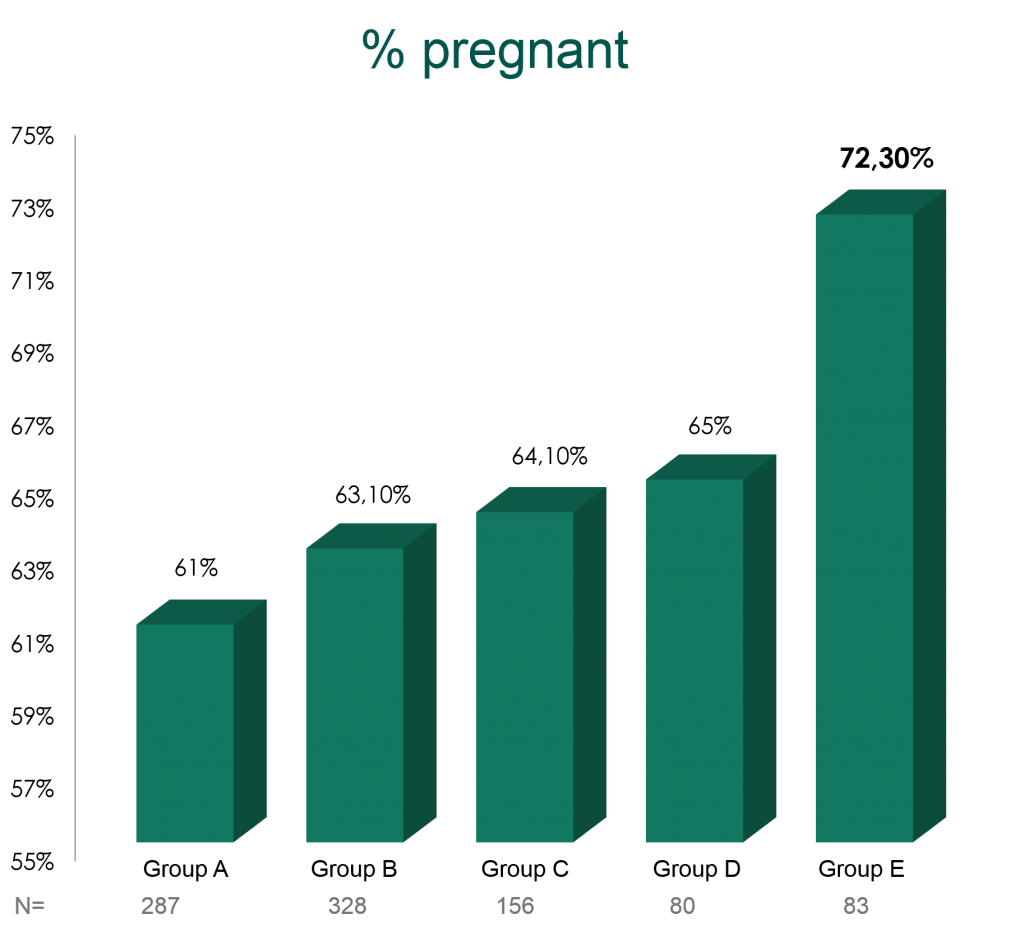 The study also unveils for the first time the impact of emotions on the result of assisted reproduction treatments. The improvement of the uterus receptivity could be explained by the emotional connection that a woman builds with her embryos if she can watch them daily before the transfer.