Pregnancy by ART in cancer survivors: a growing social need 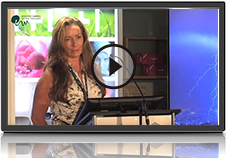 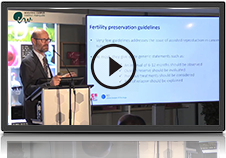 Dr. Fedro Peccatori
Are there any guidelines on ART in cancer survivors?

Dr. Octavi Córdoba
Is it safe to deliver after cancer? Recurrence in spontaneous Vs ART pregnancies.

Dr. Silvia Arévalo
Perinatal outcome after pelvic radiotherapy. Is there any special counseling? 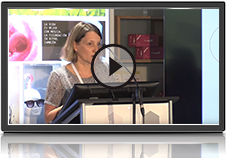 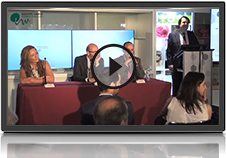 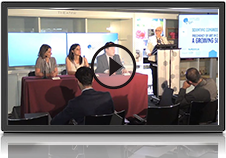 General information about the course:

After many years of successfull programmes on fertility preservation in oncological patients, there’s a new growing social need: to give cancer survivors the opportunity to achieve the dream of having a baby.

Multidiciplinar counseling and assessment by oncofertiliy specialists & committees is mandatory in these patients, in order to individually evaluate the potential risk of recurrence due to ART or pregnancy, and the expected risks for pregnancy due to previous oncological treatments.

In order to achieve higher scientific evidence in this subject, further clinical trials and consensus guidelines should be promoted by multidisciplinar interest groups between national or international scientific societies, including oncofertility specialists focused on Ob-Gyn, Fetal Medicine, Fertility, Medical & Surgical Oncology, and Radiotherapy (& others).

The scientific conference, with participation of international renowned speakers, all of them specialists in the different areas of Oncofertility, is aimed at gynaecologists, obstetricians, oncologists, surgeons, radiotherapists, fertility and fetal medicine specialists, interested in this field of knowledge. During the conference, different topics on ART in cancer survivors will be discussed.

The Conference will consist of 6 lectures of 20 minutes each, and 2 round tables for discussion: two discussion panels with 3 lectures each will be held. At the end of each discussion, there will be a Q&A session with the participation of all attendees. Lectures will be held using statistical data and iconographic material compiled from every speaker’s experiences and from the hospital they work at, as well as with data that come from scientific papers published in scientific journals of proven reliability in the field. Attendees can submit their questions in advance so that they can be part of the discussion to the following email: comitecientifico@institutomarques.com

Dr. Marisa López-Teijón. Director Institut Marquès (international Assisted Reproduction center) and member of the Governing Board of Sterility and Infertility Section of the Spanish Society for Gynaecologists (SEISEGO). Spain Graduated in Medicine and Surgery from the Faculty of Medicine of the University of Santiago, she specialized in Obstetrics and Gynecology in Barcelona.

According to the scientific platform Research Gate, Dr. Marisa López-Teijón appears among the top 10% of the most influential researchers in the world. Her scientific publications have had a huge impact and place her as one of the best scientific researchers. With 51 published articles, her work has been cited 287 times with almost 1.350 readings.

The music at the beginning of life: Lead researcher of the study: “Fetal facial expression in response to intravaginal music emission”. The most downloaded study in Ultrasound, the journal of the British Medical Ultrasound Society (BMUS). Ig Nobel Prize of Medicine 2017, the first one in Obstetrics in the 27-year history of the award. (Harvard University, September 2017).

Dr. Alex Garcia-Faura, MD (1974, Barcelona) graduated in Medicine & Surgery in 1999 from University of Barcelona. He has spent 15 years as a breast cancer specialist and oncofertility consultant at Institut Marques, Barcelona, and is the current Scientific Director.  In this role, and as Director of the Scientific Committee, his time is focused on clinical research, management, and quality in healthcare. As a consultant specializing in breast cancer he sits on the Corachan Clinic Tumour Committee, and is the current Director of the Oncofertility Unit at Institut Marquès, attending to patients from all over the world for IVF counseling treatment after cancer. 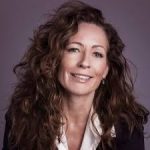 Dr. Sara Matthews completed her medical degree at Queens University in Belfast in 1991. She is now based solely at the Portland Hospital for Women and Children in London, where she has had her own very successful independent practice since 2008. Miss Matthews is a senior gynaecologist as well as a fertility specialist. She trained in psychiatry and genitourinary medicine, holds the MSSVD certificate for the management of STIs, and is a qualified Forensic Medical Officer (trained in the assessment and care of victims of sexual assault). She is an advanced laparoscopic surgeon (MAS level 2), and certified aesthetic gynaecologist. 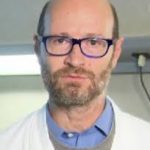 Dr. Fedro Peccatori, MD PhD, is Director of the Fertility and Procreation Unit within the Division of Gynecologic Oncology in the Department of Gynecology at the European Institute of Oncology, Milan Italy. As past president of PROFERT he has contributed to build up the Italian network of fertility preservation for cancer patients. In 2012 he has received research grants from the Ministry of Health for a project on cancer and infertility (CCM program) and has acted as referee for European Journal of Chemoprevention, Annals of Oncology, The Breast, International Journal of Gynecologic Cancer, PLOS, Lancet Oncology and Ecancermedicalscience. He acts as Scientific Director at the European School of Oncology (ESO), where he’s in charge of organizing and supervising international courses and masterclasses on different oncological issues.

Dr. Cordoba is a gynecologist specializing in breast cancer as the Chief of Obstetrics&Gynaecology at Hospital Universitari Son Espases, Mallorca. He strives to provide the best surgical treatment for his patients along with the best solutions individually, convinced of the need to empower them. He has his research centered on how to treat breast cancer diagnosed during pregnancy and how pregnancy can affect the risk of recurrence in patients who have had breast cancer as the director of the Oncofertility Unit in Vall d’Hebrón Hospital in Barcelona.

Dr. Silvia Arévalo, after completing her studies at the Universidad Autónoma of Barcelona, began working at the Fetal Medicine Unit of the Vall d’Hebrón Hospital in 2006. Since then she has been part of the medical team of the hospital, and is currently the Head of the Fetal Medicine Unit. Five years ago, she co-founded Ginemolins, a Gynaecology and Obstetrics centre that was founded with the goal of providing comprehensive medical assistance to women, a job that she combines with her tasks at the Vall d’Hebrón Hospital. 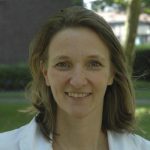 Dr. Isabelle Demeestere is a researcher at the NFSR and directrice of the Research Laboratory for Human Reproduction at the ULB. She works with different aspects of medical assisted reproduction, both at the clinic and in the laboratory. At the end of her specialisation, she began a doctoral thesis at the Hôpital Erasme and was entrusted with an innovative research project, both fundamental and clinical, devoted to fertility preservation. She is also studying other pharmacological approaches to reduce the ovarian toxicity of treatments. She was at the McGill University in Montreal for 2 years complementing her skills in the field of fundamental research. She is now trying to develop In Vitro follicular culture techniques; the goal is to mature the ovarian follicles in vitro and to obtain oocytes ready to be fertilised. In addition, she is studying the introduction of new pharmacological agents that would protect the ovaries during chemotherapy treatments. She takes care of the clinical fertility program at the Hôpital Erasme as well.

Dr. Alex Garcia-Faura, MD (1974, Barcelona) graduated in Medicine & Surgery in 1999 from University of Barcelona. He has spent 15 years as a breast cancer specialist and oncofertility consultant at Institut Marques, Barcelona, and is the current Scientific Director.  In this role, and as Director of the Scientific Committee, his time is focused on clinical research, management, and quality in healthcare. As a consultant specializing in breast cancer he sits on the Corachan Clinic Tumour Committee, and is the current Director of the Oncofertility Unit at Institut Marquès, attending to patients from all over the world for IVF counseling treatment after cancer.

A course certification will be issued by the centre and handed out at the end of the course.

Specifically, IM will comply with the provisions of the applicable Spanish law, as well as the REGULATION (EU) 2016/679 OF THE EUROPEAN PARLIAMENT AND OF THE COUNCIL of 27 April 2016 on the protection of natural persons with regard to the processing of personal data and on the free movement of such data. Read our privacy policy. 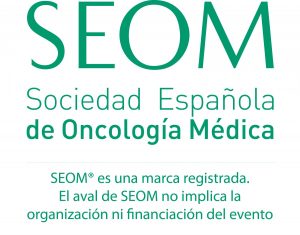