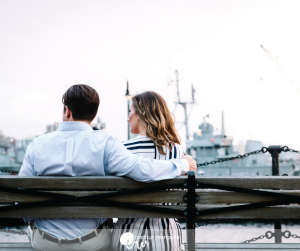 There are many myths related to aspects that harm male fertility that, over time, have been established in the mind of the population, although they are not real. We would like to dismantle some of these beliefs that can lead to false conclusions or create concerns where there are none

There are many myths related to aspects that harm male fertility that, over time, have been established in the mind of the population, although they are not real. We would like to dismantle some of these beliefs that can lead to false conclusions or create concerns where there are none.

Does keeping the phone in the side pockets of the pants damage sperm quality?

The first false myth is that of the mobile phone. Some believe that keeping the phone in the side pockets of the pants, as well as having the laptop on your lap, can damage sperm quality, but nothing further from the truth. In several studies it has been observed that the problem are not the electromagnetic waves emitted by the mobile phone. The error in the connection between these two facts is, in this case, understandable. Nowadays, we all depend a lot on the mobile phone and, in most cases, those who are all day connected to it are under a continuous stress. It is this frantic pace of our day to day, the nerves and the pressure we live with, sometimes without being aware of it, what can cause a decrease in the amount of sperm produced by men.

The contraindication of tobacco in cases of male infertility is another example of poor approach of the consequences.  Tobacco does not harm the quality of semen, but the pesticides that are added to cigarettes. On the other hand, it is also important to emphasize that it does not affect the man who smokes but the children of women addicted to tobacco. Another substance related to tobacco that harms semen is marijuana. Dr. Ferran García, director of the Andrology Unit at Institut Marquès, states that it has been scientifically proven that “tetrahydrocannabinol (THC), an active component of marijuana, has receptors at the level of the brain, the pituitary gland (gland that produces, among others, the reproductive hormones), testicles, ductus deferens (sperm excretion pathway from the testicles) and the spermatozoons themselves. Hence, it is possible for marijuana to affect the hormone levels and spermatogenesis, as well as spermatozoons.

When these receptors are bound, there is a decrease in the mitochondrial activity of the spermatogenesis and spermatogenic cells, which results in a decrease in the number and sperm motility. In vitro studies have demonstrated that low doses of THC cause hyperactivation of spermatozoons, however, high doses have an inactivation effect.

Our research and publications are demonstrating to the scientific community that another classic factor attributed to male sterility, such as bad life habits, can not be considered as the main cause of male sterility. However, we do consider environmental pollution a key factor in male sterility.

What happens if I wear too tight clothes?

High temperatures or the use of tight clothing (underpants or trousers) is another false myth that has gained consistency in the awareness of some men. It is also true that wearing very tight underpants is a trend that has gradually been losing strength among the male population, but the harmful side effects did not exist. The high temperatures, whether caused by  the clothes used or by external aspects, do not affect sperm quality. And in this case there is a very clear physiological explanation to refute it, which is that the body itself has its own system of self-regulation.  Dr. García claims that high temperatures could harm the sperm quality as long as we are exposed to an intense and continuous heat source, which normally does not happen because we already look for different ways to cool off ourselves (such as air conditioning, the use of light clothing or having a cool bath).

Is having sex a positive influence on sperm quality? And what about the arousal level?

Finally, we want to highlight a factor that not only does not damage it, but increases the quality of semen: sex. Having an active sexual life helps, becoming a stimulus for the formation of sperm in the testicles or ‘spermatogenesis’, so that semen quality increases with higher ejaculations.

Following this line, a man’s excitement at the time of ejaculation also helps having a better sperm quality. According to Dr. Marisa López-Teijón, director of Institut Marquès, “the degree of sexual arousal during masturbation directly affects the quality of semen. The amount, quality, volume of semen ejaculated and the orgasm level depend on the excitement. The greater the intensity and time of the previous excitation the more complete is the sample“. This is because it increases the vascularization of the seminal vesicles and the prostate, which are the glands that produce the seminal fluid, favouring to get a complete ejaculation.