The 5 stages of women’s fertile life

Women’s fertile life lasts less than 30 years, and these are the three decades during which women can become mothers. From 14 years old, most women have started to ovulate and, after the age of 42, the biological possibilities to conceive naturally fall drastically

From Institut Marquès, we want to celebrate the International Women’s Day (08/03/2017) by analyzing the evolution of women’s fertile life. This period lasts less than 30 years, and these are the three decades during which women can become mothers. From 14 years old, most women have started to ovulate and, after the age of 42, the biological possibilities to conceive naturally fall drastically. This does not mean that it is impossible to get pregnant after this age (actually, in the last months, we have known two cases of women in advanced age who have had children and who, for different reasons, have become protagonists in the media), but that the probability of success is much lower.

The women’s fertile life can be divided into 5 stages, which as we have said, would start at the age of 14. The body of each girl evolves at a different rhythm, but, at this age, the majority have already lived their first menstruation, that means that they have begun to ovulate.

7 years after that, women begin their most fertile stage, in which the body is more inclined to become pregnant. This second phase lasts until 28 years old, when the fertility begins to decline and, little by little, with the years passing by, the chances of getting pregnant drop down more steeply due to the organism’s biological evolution.

In the society we are currently living in, during this 9-year stage, being a mother is not among the priorities of most women. It is a stage in which women are in full academic formation and, later, starting their career path, with social preferences far from the responsibilities of forming a family. Thus, without realizing it, they often found that when they begin to value the option of getting pregnant, the difficulties increase due to the progressive decrease of fertility over the years.

It is for this reason that, from Institut Marquès, we offer the possibility for women to vitrify their eggs. Thus, when they feel that it is time to start the road of trying to become pregnant, they can count on some eggs of the quality of their stage of maximum fertility while they are in their stage of greater personal maturity. In Spain, several children are already born thanks to this procedure, which offers pregnancy rates similar to those obtained with fresh eggs.

This process consists on cell solidification at low temperatures and in a short time, without ice formation. In order to achieve this, large amounts of cellular cryoprotectants are used, which prevent cell membranes from freeze-fracturing. On due course, once the woman decides to look for the pregnancy, the oocytes are thawed and subsequently inseminated. The embryos are transferred two or three days later without having to undergo any hormonal stimulation.

At 35 years old, the fertility of women decreases rapidly until 42, when the biological possibilities of getting pregnant are very low. From this age, it is always recommended to evaluate the ovarian reserve by performing a transvaginal ultrasound during the first days of the cycle, with antral follicle count, and an analytical determination of Anti-mullerian Hormone (AMH), which can be performed in any moment of the ovarian cycle. Other analytical parameters to consider are the basal hormones (FSH, LH and estradiol) performed on the second or third day of menstruation. Ultimately, it is about preparing oneself for motherhood, especially when you have put off having children until a later age. 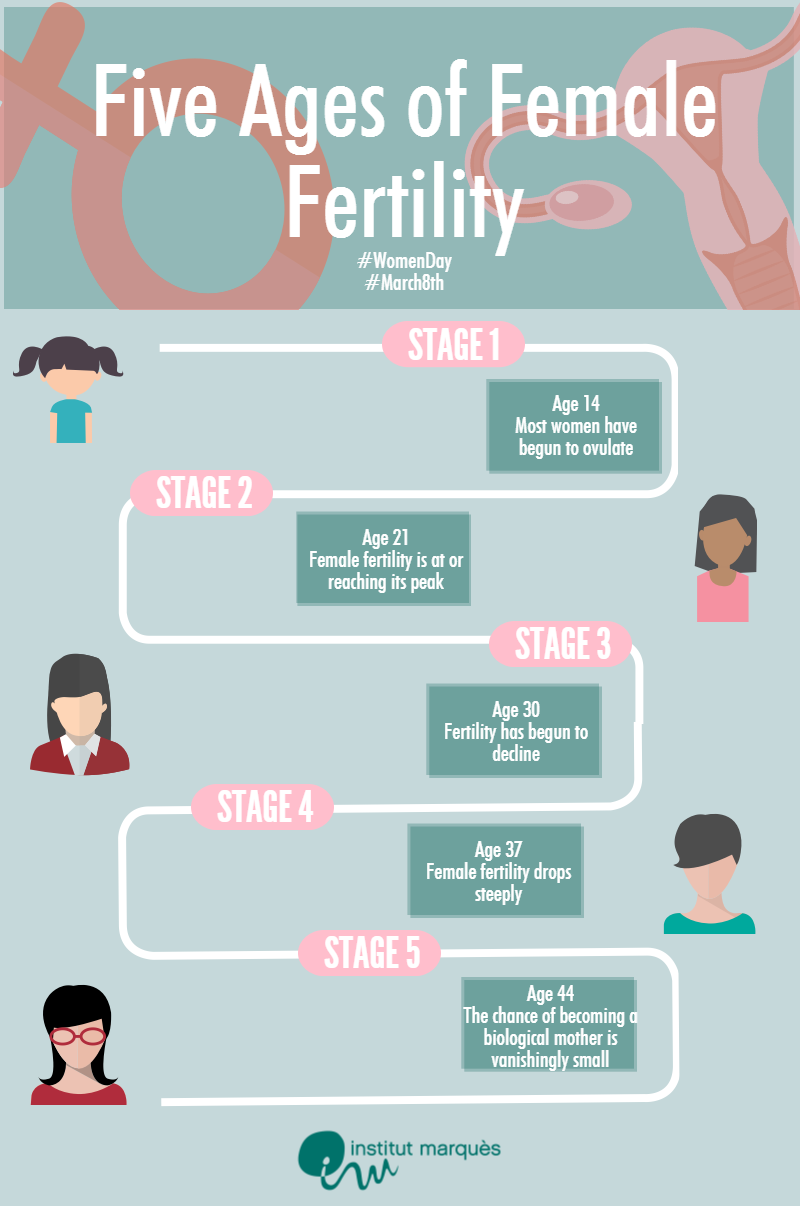