What is ovarian stimulation?

During the regular period, many follicles start to develop inside each egg, but when one of them reaches a bigger size, there is a growth inhibition of the rest of them. The aim of the treatment is to achieve a total development of several follicles in the same cycle until they reach complete maturity. 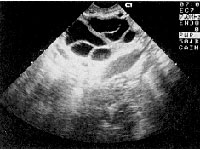 What is a follicle?

It is the place of the egg where the oocyte, the female reproductive cell, develops. The follicle develops during the first phase of the woman’s period; it starts by being microscopic and it grows by filling itself with liquid rich in nutrients for the oocytes until it reaches a size of 18-22 mm. In that moment, a hole opens in its wall and the oocyte comes out: this is the ovulation.

How long does the stimulation phase last?

Usually about 12- 14 days. During these days, the patient will get a daily injection. This can be subcutaneous or intramuscular, depending on the medication chosen for her.

What medication suits better each patient?

The guideline is set based mainly on the age of the patient; the ovaries morphology; the hormone analysis; the body mass; the response to the stimulation in previous cycles, if there have been any, and our own experience.

It is very important to us to indicate the most suitable medication and dosage for each woman, individualising each case and avoiding standard treatment guidelines, since each patient presents unique characteristics.

Is the medication expensive?

Yes. We are talking about female hormones obtained by recombinant engineering and similar to those secreted by the woman’s organism during the cycle.

What risks does the medication pose?

There are several studies about possible illnesses and cancer risk caused by having taken these drugs, but it has not been proved a subsequent pathology cause.

If an excessive response is produced, this could lead to an ovarian hyperstimulation syndrome.

Is it possible to carry out IVF without ovarian stimulation?

Yes, but the probabilities of an evolutive pregnancy are less than 5%. This is why we do not carry out this procedure at our centre. When less than three follicles develop, we prefer to discard the cycle, since the success possibilities are very low.

What do ovarian stimulation controls consist of?

A blood test to determine the oestradiol level, which is the hormone produced by growing follicles, and a vaginal ultrasound in order to observe how many follicles are being developed in the ovaries and to determine their size.

Based on these tests, the medication dosage will be adjusted and a new control after 1 or 2 days will be set. When follicles have reached a size equal or greater than 18 mm diameter and oestradiol levels are adequate, an HCG injection is instructed. This hormone induces the last madurative changes and the ovulation.