Women decide too late to vitrify their eggs 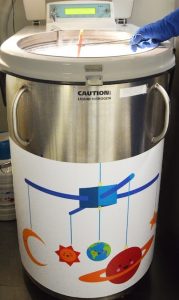 At the Institut Marquès we offer and advise our female patients about the possibility of egg vitrification to preserve their fertility if they haven’t decided yet to become a mother. A survey shows that women that decide to do this technique do it too late

At the Institut Marquès we offer and advise our female patients about the possibility of egg vitrification to preserve their fertility if they haven’t decided yet to become a mother. In a scientific meeting held in Brussels, we have presented the results of a survey among patients about the knowledge of this technique.

One of the conclusions of this study is that egg vitrification is increasingly known among women in reproductive age. Even so, still few women are willing to resort to this procedure and many would do it too late.

The IM survey, involving 200 women, was conducted in 2015 and targeted patients between the ages of 18 and 40 who attended the centre’s gynaecological consultations (80% were between 30 and 39 years old).

From the total of the final sample, 67% of the patients had heard of oocytes vitrification but only 16.5% stated that they would consider using this technique.

Dr. Federica Moffa, a gynaecologist at the Institut Marquès expert in assisted reproduction, believes that “it is important to find effective formulas to properly inform women about egg vitrification, and especially about the ideal age to do so”.

Oocyte vitrification allows women who have decided to postpone motherhood to have their own “younger” eggs that have been frozen a few years earlier. In the Institut Marquès survey, 50% stated that they would freeze their eggs between the ages of 35 and 40. This data shows that there is still some ignorance about the indications of this procedure. In fact, experts recommend oocyte vitrification before the age of 35, but the reality is that the average age of women currently applying for this technique is 39.5 years.

64.3% of the women interviewed had no offspring, even though all of them (100%) wanted to have children in the future.

Over time, the fertility of the woman is reduced considerably and, due to the aging of the ovaries, not only is it more difficult to get pregnant, but once it is produced, there are less chances of a healthy baby being born.

The most suitable biological age to have children is between the ages of 20 and 30. In a healthy woman under 35, the monthly pregnancy possibilities with normal semen and regular intercourse are approximately 20% and in a 40 year old woman, 5%. Therefore, the ideal is to vitrify the eggs between 30 and 36 years of age.