All available treatments with gamete donation for our Irish patients 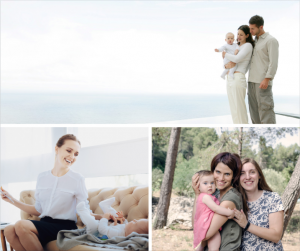 Institut Marquès, adapting to the legal regulations, offers several alternatives for those patients that need a donor Artificial Insemination or an In Vitro Fertilisation (IVF)

In the coming weeks, the Irish Parliament is expected to approve several points of the law on assisted reproduction involving the donation of gametes (Children and Family’s Relationship Act 2015, Parts 2 & 3). One of the novelties will be the prohibition of using sperm or eggs from anonymous donors in Ireland.

Institut Marquès, adapting to the legal regulations, offers several alternatives for those patients that need a donor Artificial Insemination or an In Vitro Fertilisation (IVF).

The patient can use the type of donor that she wants

As we have been offering already so far, Irish patients can perform all treatments with non-anonymous donors at Institut Marquès Ireland, in our clinic in Clane. They can use known donors (relatives or friends) or request gametes from identifiable donors to the authorised international banks. In this way, both the future parents as well as their child, once he reaches the age of majority, will have the option to access the data and contact the donor. In addition, the new law will establish a series of administrative procedures to carry out this type of non-anonymous donation.

For those people who prefer an anonymous donation, Institut Marquès proposes to carry out the treatment in their centre in Barcelona (Spain). This is a convenient solution, since they will just need to travel for the embryo transfer. The medical tests and the preparation can be carried out at our facilities in Ireland. This is known as: “Just for Transfer”. In this case, the procedures are much easier.

Regarding in vitro fertilisation using an anonymous egg donor, the sperm sample from the patient is sent cryopreserved from Ireland to Institut Marquès in Barcelona, where the IVF with the oocytes of the anonymous donor is carried out. The cycle of both the patient and the donor are synchronised in order to perform the IVF with a fresh embryo (not frozen), so that only a single trip to Barcelona is necessary, on the day of the embryo transfer into the future mother’s uterus. This treatment is the one that offers better success rates with 89% of pregnancies per cycle.

In treatments with an anonymous sperm donor, whether it is IVF or artificial insemination, the same procedure is followed. The preparation and the medical tests are carried out in Ireland and it is only necessary to travel to our clinic in Barcelona for the embryo transfer.

Our Patient Care Service always provides patients attention in their language, accompanying them during the whole treatment and welcoming them upon their arrival in Barcelona.

In Barcelona, Institut Marquès has a large pool of anonymous donors of all phenotypes and the doctor is in charge of selecting the most appropriate one for each patient. We have our own sperm and egg banks, so that we can supervise at all times the donor’s selection and we do not have any waiting list.

Adopting an embryo is another alternative for those who want to fulfil their dream of becoming parents. Thousands of children have been born already worldwide thanks to the programme that Institut Marquès pioneered. Adapting to the new legislation, once this is enforced, patients from Ireland will carry out the treatment in Barcelona, just needing to travel for the transfer. All medical preparation will be carried out at our facilities in Ireland.