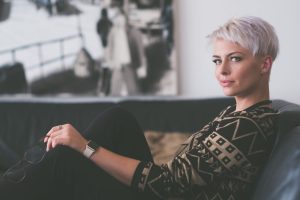 The fertile capacity of a woman has a clear clinical marker, the concentration of Anti-Müllerian hormone (AMH). This information is obtained through a simple blood test

As of the age of 35 years old, women have 10% of the eggs, a percentage that decreases progressively. Between 10 and 15 years before menopause starts, the situation gets accentuated. At this moment a greater decrease in the quantity and quality of the eggs is perceived.

Thanks to a study made by Institut Marquès, we can now compare the results of the blood tests performed on patients with a table based on values of the Spanish population. Thus, we can assess more accurately the fertility of women in Europe. This is the first study on the ovarian age of the Spanish women. It was presented at the 35th National Congress of the Society of Gynaecology and Obstetrics (SEGO), which took place from June 25th to June 28th in Málaga.

Any woman can download these tables to obtain an estimation of her ovarian reserve. They determine the values of the Anti-Müllerian hormone in the Spanish population according to the chronological age.

The study was carried out with 10,443 Spanish women between 20 and 45 years old. The results are estimated closer to the European population than to those values represented on the American or Asian tables, used as references up to now. The study also reveals differences in the levels of Anti-Müllerian hormones between autonomous communities. However, we do not observe a pattern that could explain them.

Based on her ovarian age, a woman can choose her best option in  case of showing fertility issues. She can either advance her motherhood project, vitrify her eggs or accept the fact that she is already too late and that she will need a donor.